Getting rid of fat and losing weight are two different things—just ask anyone who’s tried to exercise away an area of “stubborn” fat.

“The idea of ‘stubborn fat,’ or localized fat deposits, is more scientifically accurate than you might think,” said board-certified dermatologist Susan Touma, MD, of Huntington Dermatology Inc. “When you lose weight, your fat cells become smaller, but the cells themselves don’t actually go away. Often, what’s left is a noticeable bulge that’s virtually impossible to get rid of.”

For a long time, the only way to completely remove fat cells was to undergo surgery. But now, with a nonsurgical treatment called CoolSculpting®, those stubborn areas of fat essentially fade away. The process works by freezing targeted fat cells, which are then flushed away by the body’s natural metabolic process.

“During a CoolSculpting treatment, fat cells freeze and begin to die,” Dr. Touma said. “Over the next few weeks and months, those dead fat cells are processed and eliminated—naturally and permanently. There are no knives, needles, suction hoses or lasers. There’s no downtime or recovery period. There’s just a simple, noninvasive procedure that offers reliable, lasting results.”

The treatment was discovered by Harvard researchers who were studying a phenomenon called “popsicle panniculitis”—a loss of cheek fat from sucking on frozen popsicles. They found that fat was much more sensitive to cold than nerves, skin, muscle and other tissue, and applying “controlled cooling” to fat cells could destroy the cells while leaving the surrounding areas unharmed. With CoolSculpting, the number of fat cells in treated areas is typically reduced by 20 to 25 percent per treatment. The fat cells are eliminated safely and naturally, never entering the bloodstream or migrating to other parts of the body.

“CoolSculpting is a game-changer for muffin tops, double chins and other visible fat bulges,” Dr. Touma said. “For patients with multiple areas of stubborn fat, we perform separate CoolSculpting treatments on those specific areas. Having two CoolSculpting systems means we can treat those areas at the same time, which drastically reduces the time our patients have to spend receiving treatment. A two-hour treatment can now be completed in one hour.”

Many patients feel intense cold during the first few minutes of the procedure, but the targeted areas typically go numb within five to 10 minutes. Dr. Touma said patients read, watch TV, work and even nap during CoolSculpting treatments.

While the fat cells eliminated by CoolSculpting are gone for good, any additional weight gain will cause the remaining fat cells to expand. Maintaining diet and exercise is the key to preserving CoolSculpting results, Dr. Touma said.

“One of the most rewarding things to see is a patient with a new lease on life after a CoolSculpting treatment,” she said. “CoolSculpting itself doesn’t cause weight loss, but it can be incredibly motivating to get rid of those frustrating areas of fat. It’s a step toward a slimmer and healthier future.”

Generally, patients begin to see results a month after their first treatment and can return to normal activities as soon as they leave the office, Dr. Touma said. Although one office visit may meet an individual’s needs, some patients choose to receive multiple CoolSculpting treatments.

“Before we develop a CoolSculpting treatment plan, we look at your whole body from different angles and focus on the areas you’re most concerned with,” Dr. Touma said. “Everyone’s body is different, and so is everyone’s treatment plan.”

To find out if CoolSculpting is right for you, call Huntington Dermatology at 304.23.5100 to schedule a free consultation. 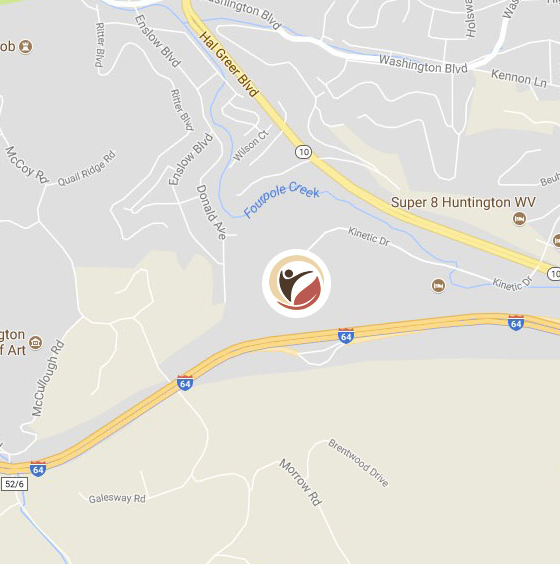 To contact Huntington Dermatology, or to schedule an appointment, fill out the form below.